A Celebration of Young Writers

I had the amazing honour this year of being involved with Tower Hamlets School Library Service and their brilliant annual Writing Competition. The competition began eleven years ago…and involves children across Tower Hamlets having the chance to see their stories and poems published in a special anthology.

Authors like me were asked into schools to run workshops and this year the theme of the competition was ‘In This Our City.’ We helped young writers craft stories and poems about the city they live in as well as fabulous cities from the imagination. There were stories about River Dragons that live in the Thames; magic plug holes that take you under the city and even cities set on the moon.

This year, not only was I involved in running workshops to support the writers but I got the chance to be part the judging team, along with the wonderful Adam Baron whose books I really love. What a privilege that was! It was so difficult to compare the brilliant stories and poems I got to read as each one had its own sort of magic. Everyone who took part was a true writer in the making.

And then to round off the whole experience I was invited to celebrate with the winning writers at a beautiful ceremony held in Canary Wharf  at the Clifford Chance building. As well as giving out certificates I was able to chat to writers and their parents; teachers and librarians, and so I travelled home feeling thoroughly inspired!

I hope very much I have the chance to be part of this brilliant scheme next year too…and most of all I hope that the young writers keep writing! 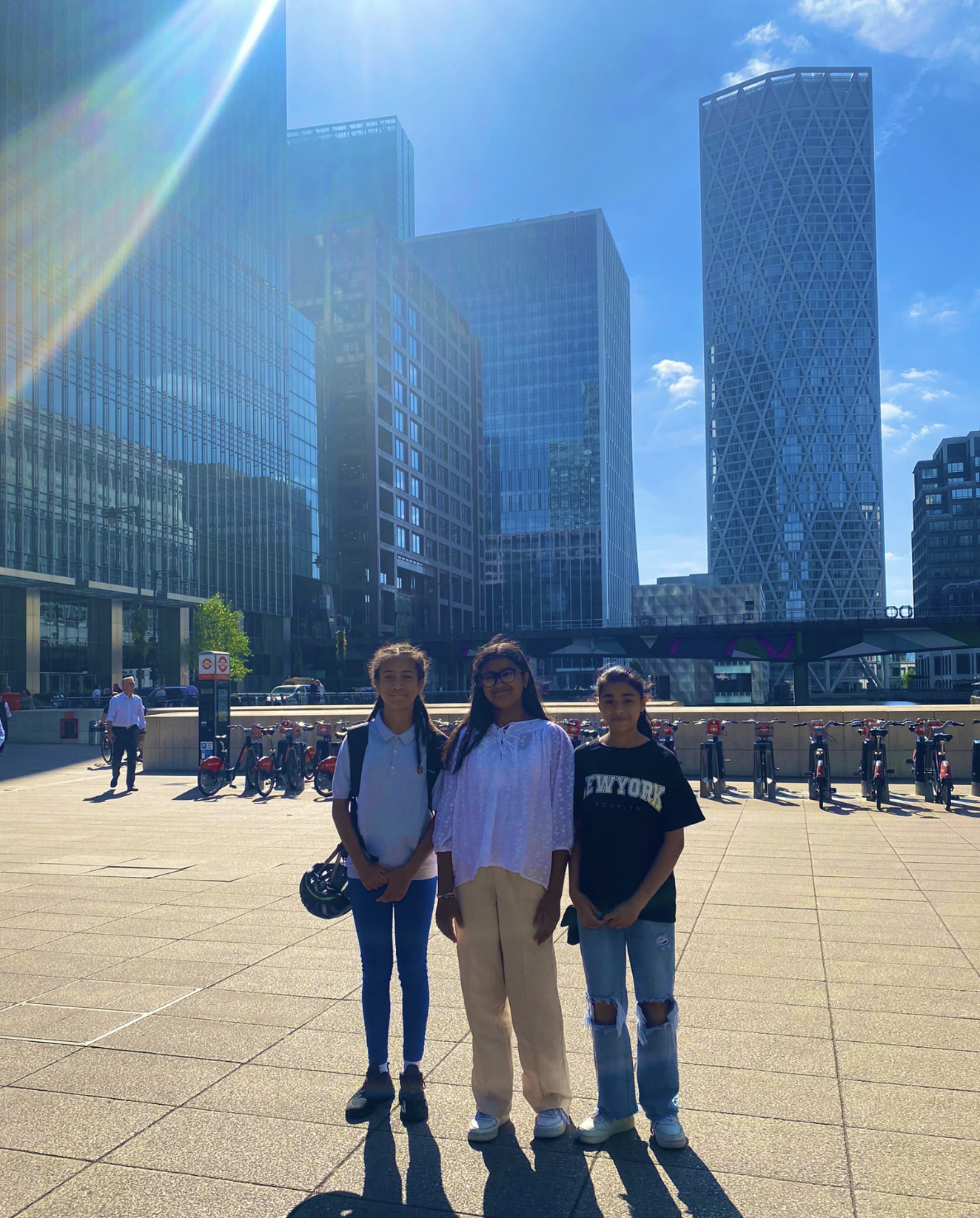 Some of the wonderful winners from Virginia Primary…at the super celebration venue!
Book Recommendation Time… What a wonderful challenge!

The Power of Three visits!

What fun I had meeting readers at the Meet the Author event!